A Mom Indicted - the Fatal Mauling of Isaiah Geiling, 2

"Obviously the dog attacked him before," said the grandmother of Isaiah Geiling, 2, after he was killed by a pit bull owned by his mother's roommates. "Where was my daughter? Was she there?" the grandmother added.

On May 2, 2019, police were called to the home of two-year-old Isaiah in Louisville, Kentucky. "He was barely breathing on the floor, a lot of blood, face down." Said neighbor Shelby Chadwell. "It was the worst. It's not something I want to relive."

Officers performed CPR, as did the emergency medical technicians. Nevertheless, the savage attack caused the boy's death at the scene. Within a day, witnesses told police about the obvious viciousness of the pit bull. Most disheartening, Isaiah's grandmother gave them a photograph taken a few weeks earlier, showing lacerations to the child's ear, which she said was from the same dog.

On July 23, 2019, felony indictments were filed against the boy's mother, Jennifer Geiling, 25, and the roommates, Jack Charpring Jr., 50, and Sharon (Sharyn) Charpring, 53, of Louisville, Kentucky. The Geilings face 5 to 10 years for second-degree manslaughter; the mother is charged with reckless endangerment.

Most of the time when a pit bull attacks a person, the victim is its owner, its owner's children, or its owner's parents. This is the subject of my video, Pit Bull Owners Don't Know This One Important Fact.

Pit bulls are the number one canine killers of children; they kill more kids than all other types of dogs combined. See the meme, below, and feel free to post it on your social media to help families understand the risks of adopting pit bulls.

A dog owner has a legal duty to prevent his vicious or dangerous dog from harming more people, once the owner is aware the dog has behaved like it wants to do so. This is referred to as the "one bite rule." If you prefer listening rather than reading about it, I discussed the one bite rule on Animals Today.

Dog bites usually do not result in criminal prosecutions against dog owners unless a law was broken or the dog previously bit a person or acted like it wanted to bite a person. For example, in October 2013 two of the owners of a pit bull that severely mauled one of Mr. Phillips' 10-year-old clients were sentenced to 6 months in jail for criminal negligence, the maximum sentence under Louisiana law (read the articles, Woman sentenced 6 months after her dog attacks child, and Pit bull attack of girl leads to Roseland woman's conviction.) Also see Examples of Criminal Prosecutions for some of the most famous criminal cases involving dog owners. 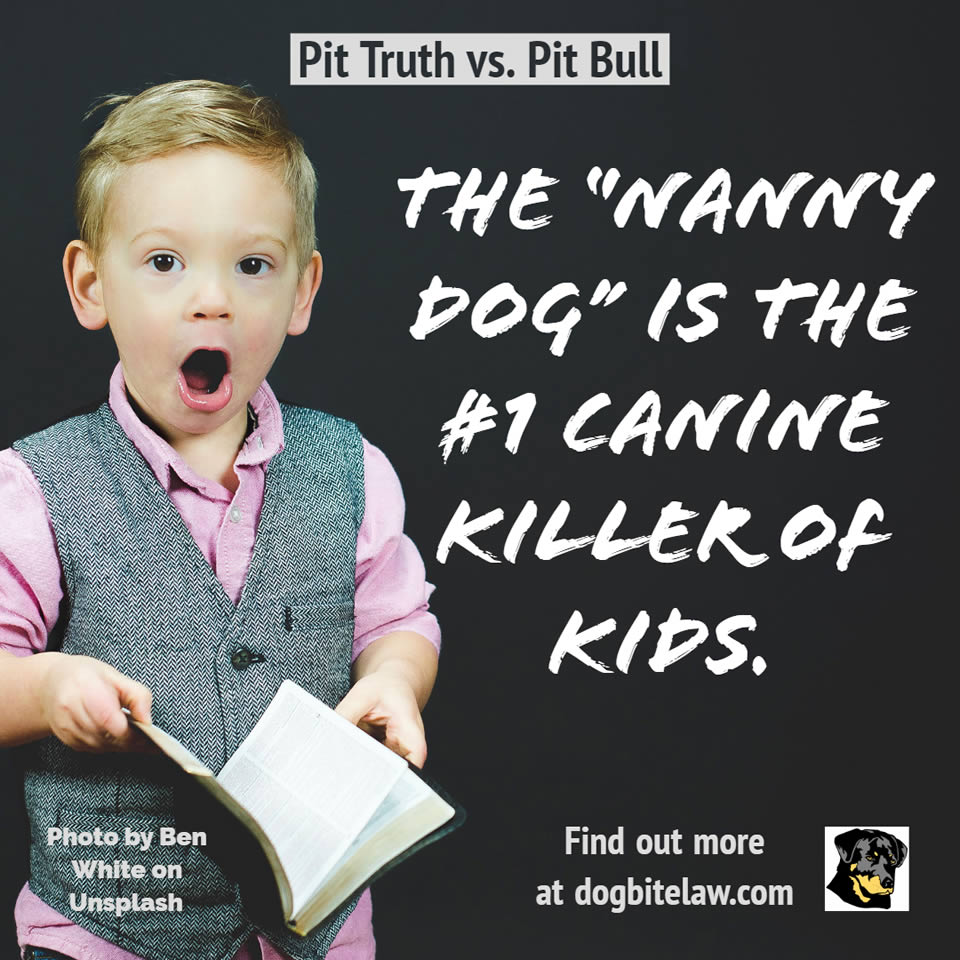