New York dog bite law is the worst in the USA

Did you know that New York has the most unfair dog bite law in the United States? It is hard to believe, but it is worse than the law originally conceived by British judges in the 17th Century. In New York:

Lawmakers have to establish that there is a remedy for “dog owner negligence” and that dog owners will be liable for every bite, not just the second one. State Senator Robert G. Ortt (R, C, IP, 62nd Dist.) is trying to pass such a law, based on Attorney Kenneth M. Phillips' Model Dog Bite Statute. The bill pending in committee makes dog owners liable for payment of compensation from the first bite to the last bite, and makes anyone liable for negligence in connection with the actions of a dog. If you live in New York, your help is needed to get the bill enacted into law.

What you should do

Contact NY lawmakers - Senator Ortt's bill is under consideration by the Domestic Animal and Welfare Committee. You need to reach out to the committee chair, Senator Martinez, and committee members, to express your support. Here are the members of the committee as of April 2019:

To contact a senator on the committee, click on his or her photo. You will see, "message senator." Click on that. The first time you do so, you have to provide your name and a few more details. Do it.

Now you will be able to say what you believe in. At a minimum, tell them, "I urge you to vote in favor of S 122, dealing with dog attacks." If you experienced a dog attack and could not get compensated fairly because of the current New Your laws, tell them what happened. To write an even more powerful message, get inspired by the very convincing letter signed by over 70 members of the Finger Lakes Runners Club. Get ideas from the letter and put your ideas in your own words when contacting lawmakers. 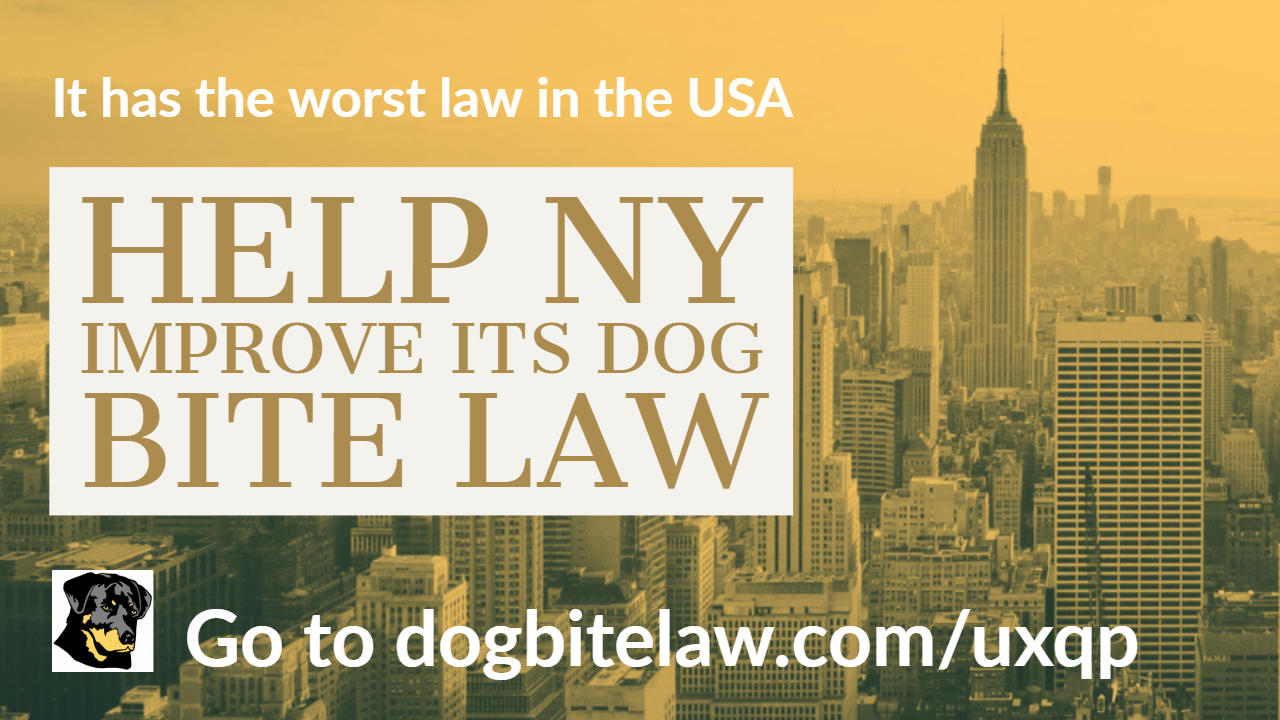