I got my first pit bull case in 1991. The victim, whose named was Alicia, was a tenant; the dog owner was her landlord. Alicia was bringing her rent check to the landlord. She walked to the landlord's door, knocked, the door opened and she handed the rent check to the landlord. Suddenly, the landlord's two pit bulls ran through the same door and started their attack. They pulled Alicia to the ground and repeatedly bit and tore away at her legs until her inside, upper thighs were nearly gone. Chunks of her skin and muscles lay on the driveway in pools of blood. She screamed for help as she crawled back to her apartment, the animals continuing to rip open her legs and bite her back and shoulders. When she got inside, she managed to call 911.

What did Alicia's landlord do? She watched. She did not call 911. Instead, she got her garden hose and watered down her driveway, flushing the chunks of skin into the gutter. The paramedics later told me that they tried to gather what they could of Alicia's legs but it was useless because of all the dirt and grime that stuck to the flesh as it was flushed off the driveway. Alicia ended up with horribly deformed, scarred legs because she lost so much tissue.

I couldn't fathom how deranged Alicia's landlord had to be to act that way. Thirty years later, as I read about more senseless, even depraved decisions by pit bull owners, I have the exact same feelings. Most of the time, pit bulls bite, maul or kill their owners or their owners' family members. Most of the time, the victims are females. And pit bulls are responsible for killing 90% of other people's pets and horses that are killed by dogs. There is no reason to have this type of dog or, for that matter, any other high-risk dog.

I want everyone to know: do not adopt a pit bull. Tell everyone you meet. Feel free to copy and send your friend the meme, below, or to send them to Pit Bulls - Facts and Figures. 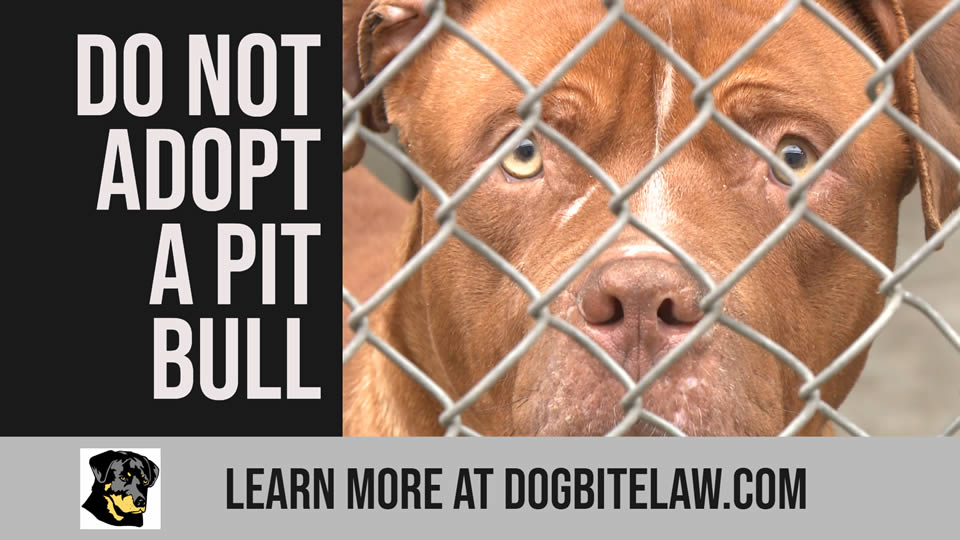