In January 2018 and 2019, Attorney Kenneth M. Phillips made 4 videos about the prior years' fatal dog attacks. Two were styled like Super Bowl commercials and therefore have been called the "Dog Bite Law Super Bowl Videos."

The 2018 video called "Do Not Adopt a Pit Bull" has been seen by over 8 million people. It has drawn comments from fact checkers as well as NFL football players. (See, for example, "VERIFY: Will a 'Do Not Adopt a Pitbull' Ad Run During the Super Bowl?".) 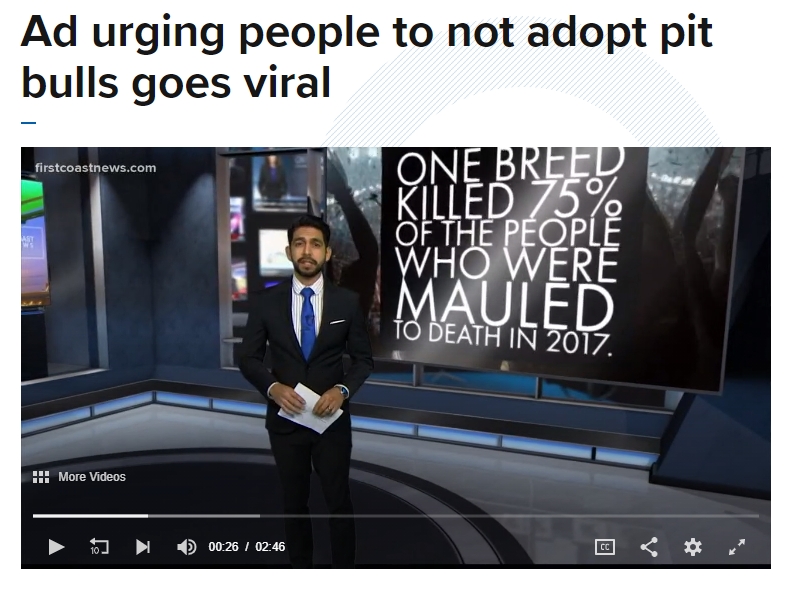 The 2019 Dog Bite Law Super Bowl video was called "Sudden Death." In January 2019, football fans were talking about two things: the "bad call" and the "sudden death" rule. The Los Angeles Rams tied the final playoff game with the New Orleans Saints because of a bad call by a referee, and then beat the Saints in overtime. And the New England Patriots beat the Kansas City Chiefs in an overtime which, because of the "sudden death" rule, did not give the Chiefs' offense even one opportunity to take the field. The video asks, "Who wins most by sudden death?" and explains that it is not the Rams or Patriots, but pit bulls because they brought sudden death (literally) to 70% of all Americans killed by dogs in 2018. This is an extraordinary statistic, because pit bulls make up only 5% of the dog population in the USA.

There were two more videos in the "Do Not Adopt a Pit Bull" series. In 2018 there was "The #1 Canine Killer of Pets." It told that pit bulls killed 90% of all other domestic animals killed by dogs. It put forth the idea that if you love animals, you can't possibly love pit bulls because they are the number one killer of other people's pets.

In 2019, there was "The Bad Call" which about the bad call that people make when they decide to adopt a pit bull.

The purpose was to tell the ugly truth

Attorney Phillips said the following about his purpose in creating the "Do Not Adopt a Pitbull" series:

"The idea to parody the hugely expensive and hugely awaited Super Bowl commercials came to me because the Super Bowl is about who wins and who loses, and I felt that when talking about winners and losers one must consider the plight of pit bull owners. They are by far the biggest losers among dog owners because pit bulls are the only breed of dog that, when it wants to attack or kill, usually attacks or kills its owner, its owners' children, and its owners' parents.

"I say these people are losers not as an insult but because they are losing their lives.

"I cannot say that they are sacrificing their lives (and the lives of their children and parents) for their dogs, because I do not know of a single case of a pit bull owner voluntarily losing his life to save his dog. Most often, the pit bull owner (if he survives) is thoroughly shocked at the violence and savagery of his animal. He did not intend to sacrifice anything at all.

"I also say losers also because so many people have adopted a pit bull as a result of being deceived. Well-funded pit bull pushers spend great sums of money to paint the breed as something it is not.

"Truth itself is the loser when the subject is pit bulls. The truth is ugly but people need to know. Otherwise, innocent family members who don't know about pit bulls will bring them home and expose their loved ones to the risk of injury or death."