Liability Based on the Common Law Doctrine of Scienter in California 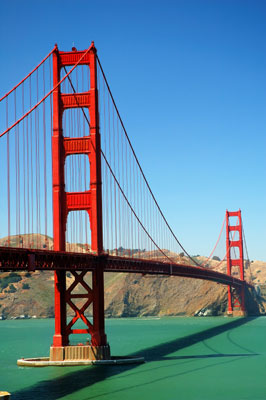 Like all other American states, California has maintained the common law cause of action based on "scienter" or knowledge of a domestic animal's dangerousness. “California has long followed the common law rule of strict liability for harm done by a domestic animal with known vicious or dangerous propensities abnormal to its class.” (Drake v. Dean (1993) 15 Cal.App.4th 915, 921.)

The two key elements of a scienter claim therefore are prior dangerous behavior and knowledge of it on the part of the defendant. “A common law strict liability cause of action may ... be maintained if the owner of a domestic animal that bites or injures another person knew or had reason to know of the animal’s vicious propensities. If [defendant] knew or should have known of his dog’s vicious propensities and failed to inform [plaintiff] of such facts, he could be found to have exposed [plaintiff] to an unknown risk and thereby be held strictly liable at common law for her injuries. (Priebe v. Nelson (2006) 39 Cal.4th 1112, 1115–1116, internal citations omitted.)

“ ‘The gist of the action is not the manner of keeping the vicious animal, but the keeping him at all with knowledge of the vicious propensities. In such instances the owner is an insurer against the acts of the animal, to one who is injured without fault, and the question of the owner’s negligence is not in the case.’ ” (Hillman v. Garcia-Ruby (1955) 44 Cal.2d 625, 626, internal citations omitted.) Wrongful intent is not required for liability. (Hillman v. Garcia-Ruby (1955) 44 Cal.2d 625, quoting Prosser, Torts, p. 432.)

"[T]he gravamen of the action is knowledge of the owner that the beast was the possessor of vicious or mischievous propensities. Negligence or lack of care on the part of the owner in keeping or restraining the animal need not be shown." (Hicks v. Sullivan (1932) 122 Cal.App. 635, 637-638.)

Any propensity that is likely to cause injury under the circumstances is a dangerous or vicious propensity within the meaning of the law. (Talizin v. Oak Creek Riding Club (1959) 176 Cal.App.2d 429, 437 [1 Cal.Rptr. 514].) In a dog bite case, the prior behavior may consist of either a vicious bite or behavior that clearly demonstrated the vicious propensity to bite.

If the prior bite was fully justified then it would not qualify as vicious, and consequently would not satisfy the requirements of the scienter doctrine. For example, if the dog previously bit a child who was hitting it with stick, the dog's action probably would be regarded as justified and not as demonstrating a dangerous or vicious nature.

The victim of the prior bite must be a human being, not another animal. This is based upon the belief that a dog that fights other animals will not necessarily attack humans. For that reason, a claim of strict liability cannot be based on the sole fact that the attacking dog had previously fought with another dog or other animal. "Knowledge that a dog will fight with other animals does not impute notice that it will attack humans." Belli, 2 Modern Trials 2d.Ed., sec. 35.3, p. 70, citing Sink v. Moore (1966) 267 NC 344, 148 SE2d 265; Fowler v. Helck (1939) 278 Ky. 361, 128 SW2d 564.

However, there has been no study to prove that belief valid. In fact, the experience of Attorney Kenneth Phillips suggests that a significant percentage of bites to humans results from attacks by one dog upon another dog. For that reason, it is his opinion that a dog's propensity to attack other dogs clearly makes that dog dangerous to people. (See the relevant section of Dangerous and Vicious Dogs.)

The scienter cause of action has limited application in California. Because this legal theory is the corollary of the one bite rule, and because the fundamental purpose of the dog bite statute is to abolish the one bite rule in most respects, there is no need to employ the scienter theory when the dog has bitten a person and the defendant is the dog owner. The doctrine may be indispensable, however, in a dog bite case that aims to establish liability on the part of someone who was not the owner of the dog. Therefore, it is advisable to plead this cause of action in all cases. For that reason, Dog Bite Lawsuit Forms for Plaintiffs' Lawyers contains a form of Complaint with the scienter cause of action as well as causes of action for negligence, the dog bite statute, negligence per se, emotional distress to bystander, landlord liability and more.