Return to your topic: Criminal penalties for dog bites 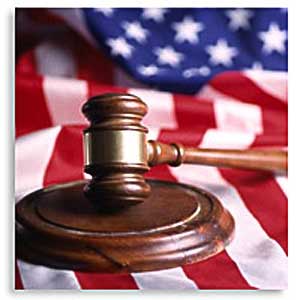 Listed by the name of the victim or the dog owner, here are some of the criminal prosecutions that followed dog maulings in the USA:

April 1997, Geary County, Kansas. Davidson owned three Rottweillers and trained them as protection dogs. However, she herself never was instructed as to how to train them properly. Two young brothers were waiting for their school bus, and the dogs got out of their yard, and went for the boys. They ran up a tree. When the dogs walked away, the younger brother climbed down and looked for the dogs. They found him and killed him.

April 29, 2000, Newberry Springs, California. A pet sitter / house sitter named James Chiavetta, 54, was so afraid of the pit bulls at the house that he would use a stick to push their food dish under the fence. On the fateful day that Cash Carson, 10, walked up the street to get to his "fort", Ciavetta decided to take a nap, leave the dogs out front, but not check to see whether the front gate was closed. It was not. The dogs chased Cash and his friend, and killed Cash.

Ciavetta was not convicted of second degree murder because three members of the jury felt that the charges were too harsh, in view of the fact that the dogs had never been trained, or known, to fight, attack or kill.

June 10, 2000, Brown County, Indiana. Dorothy Stewart, a volunteer worker for the US Census, was attacked and killed by a pack of (more than 18) dogs while collecting census data in Indiana.  Her family filed a wrongful death suit and eventually settled with the defendants' insurance company for the limit of the policy.

Charges of criminal recklessness were filed against the dog owners, because as they had maintained the pack for over 10 years, and numerous other people had run-ins, albeit not fatal, with the dogs.  This was the only charge apparently available to the prosecutor due to a loophole in Indiana law. In that state, it is a felony if your dog leaves your property and attacks someone, but not a crime at all if the attack happens on your property.  An attempt to change the law last year failed; the bill was watered down -- first it would only protect government employees, then only between the hours of 8 and 5, and finally the house and senate couldn't reconcile their bills and the entire effort to change the law sputtered to a halt.

Rodney McAllister -- the boy who was eaten alive in St. Louis

March 6, 2001, St. Louis. Rodney McAllister was ten years old when a pack of dogs ate him alive in the park across the street from his home in St. Louis. "He was literally eaten by the dogs," Police Chief Ron Henderson said. "They fed off of him."

Rodney's mother was arrested on charges of child endangerment. She did not know where her son was until police talked to her after the body was found.

Kristin Jolley -- the baby killed by a starving dog

October 29, 2001, Lovell, Wyo. A starved and mistreated dog attacked and killed Kristin Jolley, a 1-year-old girl who wandered into the dog owners' yard. They subsequently were charged with felony involuntary manslaughter.

Court documents allege that the dog's owners recklessly caused Kristin Jolley's death because they starved and mistreated the dog until it became "a vicious animal that attacked and killed an innocent child."

The dog's previous owner, Karen Hytrek, told authorities that when she gave Max to Anne Shine and Matthew Martinez the dog weighed about 110 pounds, "was good-natured, was never known to have bitten anyone and interacted well with children who attended school next to her home."

Veterinarian Jane Undem, who examined the dog, said Max weighed about 65 pounds at the time of the attack. She said he was "ravenous" when he was brought to her clinic, devouring four cups of dry dog food and then trying to eat some cat food. The dog was killed so Undem could conduct a complete exam.

See The Diane Whipple case. This killing resulted in the third murder conviction in United States history where a dog killed a person. It was the first time a California defendant was convicted of second degree murder for a dog attack. The conviction, however, will be appealed.

See The mauling of 10-year-old Shawn Jones. Shawn was mauled nearly to death by a drug dealer's three pit bulls in Richmond, California. The dealer left Shawn for dead, and hid his pit bulls at different places around the city. Because of loopholes in the California laws and the fact that the dealer will go to federal prison on charges related to cocaine sales, he will not be prosecuted for the attack on Shawn. The young victim will never recover from his injuries and always will be disabled.

April 14, 2002, Elroy, Wisconsin. Melissa McCracken, an 11-year-old girl in Elroy, Wisconsin, watched her family's six Rottweilers attack and kill her best friend. "I ran to her and told her not to scream. I tried to get her outside," Melissa McCracken said of the victim,  Alicia Clark. "But they kept pulling her back in." The Rottweilers continued biting 10-year-old Alicia, tearing off her clothes and not stopping until the little girl lay lifeless on the kitchen floor of Melissa's home. The victim's mother and boyfriend face homicide and reckless endangerment charges.

June 7, 2002, Detroit, Michigan. A 14-year-old boy used a pit bull to assault 9-year-old Edward Leonard in Detroit. The dog mauled him, inflicting lacerations that required 63 stitches, and breaking his left arm. The older boy's mother said that the pit bull was trained to attack people carrying bats, sticks and pipes. But that is not what happened, according to police reports, which quoted witnesses as saying that the 14-year-old opened the gate to his backyard and ordered the dog to "sic him!" Charges have been filed, specifically for assault with intent to inflict great bodily injury, and the prosecutors are deciding whether to proceed against the 14-year-old as a minor or as an adult.

Jennifer Brooke -- killed in her barn by roaming pit bulls

November 30, 2003, Elbert County, CO. A 40-year-old woman was killed by three roaming pit bulls in a barn near her rural home. An hour later, the same dogs attacked a neighbor who eluded them by jumping into the bed of a pickup truck. The second victim's son then opened fire on the dogs; soon, he was joined by sheriff's deputies, who had to shoot the dogs to stop them from their rampaging attacks.

April 26, 2004, Elbert County, CO. Jacqueline McCuen and William Gladney, the owners of the dogs that killed Jennifer Brooke, have pled not guilty to the crimes of keeping a dangerous dog (a class 5 felony), and criminally negligent homicide (also a class 5 felony). There is evidence that one or more of the dogs previously bit a different person, and that the owner habitually permitted the dogs to roam at large despite knowing that they were dangerous to people.

Alice Broom - 81-year-old woman killed in her own yard

December 12, 2003, OCALA, Fla. Alice Broom, 81, was attacked by six dogs in her front yard and bled to death on the street. The dogs were described as mix-breed pit bulls. Robert Freeman, a 67-year-old retiree, has said he does not know how the dogs got out of his single-wide trailer. Neighbors had previously complained about being threatened by the dogs.

April 25, 2006, OCALA, Fla. The prosecution is trying to prove that a Marion County man's dogs were a vicious, roving pack before they fatally mauled an 81-year-old woman in 2003. In court Tuesday, prosecutors showed the dogs' long history of biting neighbors, while the defense tried to show that those other people bitten were actually on Freeman's property. This startling defense -- that dogs are legally justified in mauling people simply because the victims were on the dog owner's property even if not committing crimes -- is an example of the irresponsible attitude of many dog owners, an attitude that perpetuates the dog bite epidemic.

March 29, 2006, Partlow, Va. Deanna Large, whose pit bulls killed Dorothy Sullivan and had terrorized neighbors, was sentenced to three years in a Virginia prison and a fine of $500. She had been convicted of involuntary manslaughter, and two misdemeanor charges for allowing her dogs to run loose.

This case illustrates that dog owners need to understand not only their responsibilities but also their potential liability, criminally as well as civilly. If a dog owner cannot control, socialize, train and keep healthy his or her dog, there can be serious consequences, as there were here.