Return to your topic: The Diane Whipple Case

Overview of the Crime 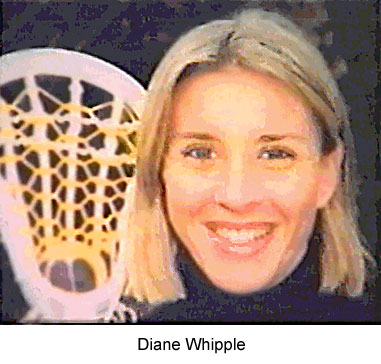 On January 26, 2001, shortly after 4:00 PM, San Francisco police and paramedics responded to calls from a Pacific Heights apartment building. They found a naked woman lying in blood, barely alive, her body bitten everywhere, bloody handprints covering the walls, and blood extending 4 feet up the walls and 30 feet down the hallway. Bits of clothing littered the floor, and a blood-soaked green nylon leash for a dog was lying nearby. A large dog was running loose, causing the officers to draw their guns. Nobody else could be seen.

The victim of this crime was Diane Whipple. She was a lacrosse coach, and lived in an apartment 50 feet from where the dogs lived. Whipple died that night at 8:55 p.m. at San Francisco General Hospital.

Bane and Hera were the Presa Canario dogs that savagely killed Whipple. Presa Canarios were originally bred for fighting, guarding and some herding in Spain's Canary Islands. The breed was near extinction by the 1950s and was brought back when it was mixed with mastiffs and others. Introduced in the United States in 1990, there are now more than 1,000.

The dogs were obtained for eventual sale through a web site called "Dog-o'-War." Seven such dogs first lived on a Trinity County farm, where they were not trained to fight, attack or kill. Then Bane and Hera lived for a couple of months in Los Angeles, and following that, inside the San Francisco apartment of Robert Edward Noel and Marjorie F. Knoller. The "Dog-o'-War" operation was shut down by prison authorities in April 2000.

Bane was euthanized the day of the attack. Following a dangerous dog hearing, Hera was ordered euthanized and was put down in January 2002.

Noel said the animals had no history of aggression and had seen the victim on several occasions without acting aggressive. "I've had 80-year-old ladies want to come up and pet them," he said. "The dogs have always been really people-friendly."

He was convicted of involuntary manslaughter and keeping a mischievous animal that killed a human being (a separate felony). He appealed the conviction. He was sentenced to four years in prison, and served a portion of his time; he was released in September 2003 because his sentence was reduced as a result of good behavior and performance of work duties in prison.

In February 2007, he was disbarred by the California State Bar, meaning that he lost his license to practice law in that state. He is on parole at the present time. His appeals were not granted and he has no further right to appeal.

Marjorie F. Knoller, attorney at law, wife of Noel, and the person who had "control" of the two dogs

One of the most unusual details of this death-by-mauling is that Knoller admitted begin present during it -- in no other death-by-dog in recent memory did the owner/keeper/controller make any such admission. She was convicted of the same charges as Noel, plus second degree murder.

At the conclusion of the trial, the judge threw out the murder conviction, and the district attorney filed an appeal of that decision. Knoller filed a cross appeal. She was sentenced to four years in prison.