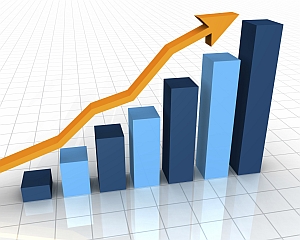 The number of dogs

The number of victims

5,900 letter carriers were bitten in 2012. (US Postal Service.) Los Angeles is the worst city in the USA for mail carrier dog bites. (Read the article.)

Getting bitten by a dog is the fifth most frequent cause of visits to emergency rooms caused by activities common among children. (See Weiss HB, Friedman DI, Coben JH. Incidence of dog bite injuries treated in emergency departments, JAMA 1998;279:53; also see US Consumer Product Safety Commission, Injuries associated with selected sports and recreational equipment treated in hospital emergency departments, calendar year 1994. Consumer Product Safety Review, Summer 1996;1:5.) Note that this comparison is limited to activities that children more or less voluntarily engage in, such as playing sports, playing with animals, etc. Dog bite injuries are not specifically set forth in Federal Interagency Forum on Child and Family Statistics, Child Injury and Mortality, pp. 36, 37, 136 and 137, which states that the leading causes of emergency room visits overall are falls, being struck by or against an object, natural or environmental causes, poisoning, being cut or pierced, and motor vehicle accident.

Dog bites have risen in number and severity since the 1980s

It appears clear that the number of dog bites as well as their severity has risen dramatically since the 1980s.

The number of human fatalities caused by dog bites is rising

The yearly number of fatal dog attacks in the USA is variously reported as 12, 17 and 26, but this discrepancy is caused by citing studies which took place in different years. It is most accurate to say that the average number was 17 in the 1980s and 1990s, and that it has risen to 35 in the past decade. The article mentioning 12 deaths per year was published by CDC as Dog-Bite-Related Fatalities -- United States, 1995-1996, MMWR 46(21):463-467, 1997. It related that there were 25 documented deaths in 1995 and 1996 (i.e., 12.5 per year), but a footnote said that the figure 25 probably represented only 75% of the actual number of dog bite related fatalities. This article nevertheless is the source of the oft-cited and misquoted statistic that there are only 12 deaths per year; the footnote is always ignored. This is especially puzzling because the same article cited two prior studies: Sacks JJ, Sattin RW, Bonzo SE. Dog bite-related fatalities from 1979 through 1988, JAMA 1989;262:1489-92, and Sacks JJ, Lockwood R, Hornreich J, Sattin RW. Fatal dog attacks, 1989-1994. Pediatrics 1996;97:891-5. Taken together, the three articles show that from 1979 to 1996, 304 people in the USA died from dog attacks, making the average number of deaths per year 17. Therefore, it is more accurate to summarize the publications as showing that the average number of deaths during the 18-year period of 1979 to 1996 was 17, despite the fact that the CDC itself routinely says the figure is 12, ignoring the footnote mentioned above.

More recent information about fatal dog attacks is found in publications by individuals, not governmental agencies:

Merritt Clifton, editor of Animal People, has conducted an unusually detailed study of dog bites from 1982 to the present. (Clifton, Dog attack deaths and maimings, U.S. & Canada.) The Clifton study show the number of serious canine-inflicted injuries by breed. Pit bulls stand out as, by far, the most deadly breed, but there are other deadly groups, chiefly the molloser category of breeds, which in addition to pit bulls include Rottweilers, Pres Canarios, Cane Corsos, mastiffs, Dogo Argentinos, Fila Brasieros, Shar-Pei's, boxers, boerboels and their mixes. In more than two-thirds of the cases included in the study, the life-threatening or fatal attack was apparently the first known dangerous behavior by the animal in question. Clifton states:

If almost any other dog has a bad moment, someone may get bitten, but will not be maimed for life or killed, and the actuarial risk is accordingly reasonable. If a pit bull terrier or a Rottweiler has a bad moment, often someone is maimed or killed--and that has now created off-the-chart actuarial risk, for which the dogs as well as their victims are paying the price.

Clifton's opinions are as interesting as his statistics. For example, he says, "Pit bulls and Rottweilers are accordingly dogs who not only must be handled with special precautions, but also must be regulated with special requirements appropriate to the risk they may pose to the public and other animals, if they are to be kept at all."

Clifton's website is Animals 24/7 and his compendium of pit bull information is titled Pit Bull Statistics. He is one of the top two researchers in the USA pertaining to pit bulls, the other being Colleen Lynn whose website is DogsBite.org. Ms. Lynn's website is a trove of detailed analysis of pit bull mayhem.

The areas of the body that are bitten

Judging only by hospital admissions, 43 percent of people hospitalized for dog bites required treatment for skin and underlying tissue infection; 22 percent had wounds of the legs or arms; 10.5 percent had wounds of the head, neck and torso; and the remaining patients had problems ranging from bone fracture to blood poisoning. (US Dept. of Health and Human Services, Agency for Healthcare Research and Quality.)

The financial impact of dog bites

Dog attack victims in the US suffer over $1 billion in monetary losses every year. ("Take the bite out of man's best friend." State Farm Times, 1998;3(5):2.) That $1 billion estimate might be low -- an article in the Journal of the American Medical Association reported that, in 1995, State Farm paid $70 million on 11,000 claims and estimated that the total annual insurance cost for dog bites was about $2 billion. (Voelker R. "Dog bites recognized as public health problem." JAMA 1997;277:278,280.)

The impact on private insurance, Medicare and Medicaid is huge because there are approximately 750,000 dog bite victims requiring medical care each year. (J.J. Sacks, M.Kresnow, and B.Houston, Dog Bites: How Big a Problem?, Injury Prevention, March 1996; 2: 52-54.) Of these 750,000, the liability insurers (i.e., homeowners insurance and renters insurance) pay only 16,000 claims in an average year year (Insurance Information Institute, Spotlight on Dog Bite Liability, 2017), leaving the cost of 734,000 victims to private insurance, Medicare, Medicaid and the victims themselves.

The scene of the attack

The vast majority of biting dogs (77%) belong to the victim's family or a friend.

According to the California Department of Public Health, Investigation, Mangement, and Prevention of Animal Bites in California (3rd Ed., 2014):

In California, emergency department visits for treatment of dog bites increased from 35,020 in 2010 to 38,657 in 2015. (California Office of Statewide Health Planning and Development, Dog Bites: Emergency Department Data 2010-2015 (chart).)

The USA is not the only country with the dog bite problem. In Britain, the number of people being admitted to accident and emergency (A&E, called the "emergency room" or "ER" in the USA) as a result of dog attacks has risen by 43 per cent in the last four years. Hospitalisation of children and young people has risen by a fifth, while 58 per cent more adults are being admitted to A&E due to attacks by dogs. In London there has been a 119 per cent rise in hospitalisation of under-18s as a result of dog attacks. (Read the articles in the Evening Standard and on inthenews.co.uk.)

Medscape has a table showing the number of dog bite fatalities by state.

Interested in extraordinary detail about the who, what, when and where (but not breeds) associated with dog bites? Very informative and detailed data are contained in Injuries Associated With Dog Bites and Dog Attacks, from CHIRPP (Canada).

One of the most detailed studies of dog attacks in the USA is Clifton, Dog attack deaths and maimings, U.S. & Canada, September 1982 to November 13, 2006.

A great souce of statistical information about nonfatal dog bites is Nonfatal Dog Bite-Related Injuries Treated in Hospital Emergency Departments - United States, 2001. This appeared in Morbidity and Mortality Weekly Report (July 4, 2003 / 52(26);605-610), a publication of the Centers for Disease Control.