Return to your topic: Dog parks and liability for dog bites 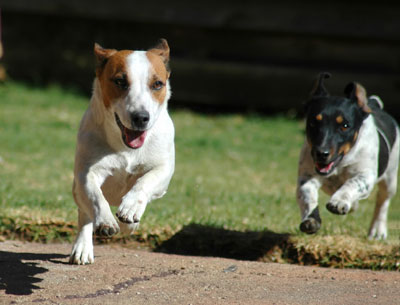 Leash-optional dog parks are a great place to take your dog. There is no need for the dog owner to worry about joggers, kids on bikes, inattentive drivers, elderly people and the disabled. Like any recreational area, however, dog parks are not free of risks. People and dogs get injured in dog parks throughout the United States. And dog parks cause other kinds of problems too. Here is an overview of the problems that stem from dog parks:

Canine professionals need to respect the rights of ordinary dog owners in dog parks, or risk being banned from these parks.

If your dog is injured or killed in a dog park, the rest of this section will guide you as to your legal rights. For more specific advice, and pre-written legal letters and forms to help you get compensation, see When a Dog Is Injured Or Killed. To find dog parks, see the Links page of this web site.