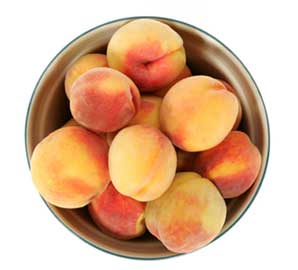 The first ground of liability in Georgia, as in the rest of the English-speaking world, is the so-called one bite rule (also known as the "first bite free" doctrine, the "common law rule," or simply "scienter"). As described in more detail at The One Bite Rule on this website, this rule of law holds the owner or harborer of a dog liable for harm if he either knew or should have known that the dog had the tendency to cause such harm. Whether or not there was a prior bite, the doctrine imposes strict liability if the defendant knew or should have known that dog previously lunged, nipped, chased or otherwise behaved in a way toward a human being that would tip off a reasonable person that the dog had the tendency or desire to hurt someone. See Steagald v. Eason (2017) 797 S.E.2d 838 (2017, Ga. Supreme Ct.). The second ground of liability in Georgia is the dog bite statute, Georgia Code Annotated section 51-2-7. See The Georgia Dog Bite Statute. It applies to dog owners and persons who harbor dogs.

The third ground of liability is emerging but officially unrecognized: the doctrine of negligence. In 1904, the Georgia Supreme Court held that knowledge of dangerousness was a requirement in every case involving a domestic animal that physically hurt a person. Harvey v. Buchanan, 121 Ga. 384 (49 S.E. 281) (1904). Taking the Harvey ruling to its extreme, later cases held that negligence was not a proper ground for liability. See, i.e., Johnston v. Warendh, 556 S.E.2d 867, 872 (2001) ("There is no separate claim for negligence."). This made little sense for a number of reasons. It contradicted the same common law upon which Georgia relied, as set forth in the Restatement of Torts (Second), section 518 (providing that “one who possesses or harbors” a domestic animal is subject to liability for harm done by that animal if “he is negligent in preventing that harm.”) Additionally, the viewpoint that there is no such thing as dog owner negligence falls far short of modern society's expectations as to personal responsibility. For that reason, lawyers such as Attorney Kenneth Phillips, the author of Dog Bite Law, have brought negligence cases against dog owners in Georgia's lower courts and have won them. Phillips makes his materials in one such case available free of charge to other attorneys who would like to do likewise (send him a message on his contact page, mentioning the Braeden Kelly case).