Return to your topic: Greatest Cases

The City of Parlier, California, is a small town in the County of Fresno, California, which is farming country. A pack of vicious wild dogs had been living on vacant property owned by Parlier High School property for 10 years. During that time they had killed many of the farm animals used for teaching the students. They also snarled and barked threateningly at anyone who ran around the track. Teachers repeatedly advised the school district to rid the dogs from the property or somebody would be injured. For one thing, the fence could have been repaired for under $15,000. But the district did nothing.

One Father's Day several years ago, 16-year-old Krystal Cooney was on an early-morning walk that took her past the high school. The pack of dogs went through holes in the school's fence, surrounded her, and attacked. As they tried to kill her, she fought them off for 10 to 15 minutes, during which she had the presence of mind to call 911 on her cell phone. The tape recording of that call lasts about 6 minutes and is one of the most horrific and nauseating audio recordings one might ever hear because you can hear the dogs snarling and barking, and Krystal screaming.

As Krystal was starting to faint from blood loss and exhaustion, a man appeared from nowhere and threw rocks at the dogs. They were distracted and so the tempo of the attack on Krystal slowed enough for her to keep fighting. Soon a Sheriff's car arrived, and the deputies opened fire on the pack. Most of the dogs got away. The man simply disappeared. He was never identified.

Nearly unconscious, Krystal was rushed to the hospital. She had bite wounds all over her legs and arms. These were cleaned and stitched, and days later she returned home on crutches. For two months, she needed care day and night because she could barely move. But as time passed, she healed and regained her strength.

Krystal's parents retained Attorney Kenneth M. Phillips and he filed a lawsuit against the City of Parlier, Parlier Unified School District, and County of Fresno. The lawsuit said that all three had ample opportunity to get rid of the pack of vicious dogs, as well as the legal duty to do so. The defendants denied liability for the accident. Among other things, they claimed that they had no legal obligation to take action, the dogs did not belong to them, and they alleged not even knowing about the dogs.

The case lasted two years. Attorney Phillips, his investigator Robert O'Day, and the Cooney family worked together to learn all about the pack of dogs, their history of killing the students' farm animals, the complaints that were made about them, and whether there was any good reason why nothing had been done to prevent what happened to Krystal. The defendants brought motions to have the case dismissed without considering any evidence. Three weeks before trial, the judge denied the final motions. That evening, the Cooney family got a substantial settlement for Krystal.

Krystal Cooney is now an adult. She has scars on her body and vivid memories about the dog attack that almost killed her. She stays in touch with Attorney Phillips. Here's a photo of them after they had lunch in the summer of 2016, pictured with Mr. Phillips' wife, Katy Franco: 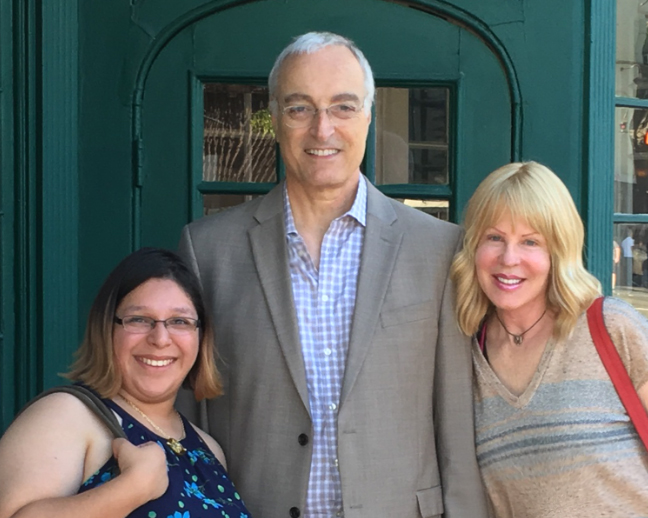