A dog bite victim in Hawaii can recover compensation under the doctrines of negligence, negligence per se, scienter and intentional tort. The state dog bite statute merely clarifies that negligence does not require scienter so, despite the statute, this is a "one bite state." Individual counties and cities are not permitted to have ordinances creating strict liability.

Hawaii is a one bite state despite having what appears to be a strict liability statute. To recover for a dog bite in this state, the victim must prove scienter, negligence or intentional injury, as in any other one bite state. For more information about "scienter," and the other causes of action available in one bite states, see The One Bite Rule and Legal Rights of Dog Bite Victims in the USA.

The dog bite statute of this state is HRS section 663-9:

(a) The owner or harborer of an animal, if the animal proximately causes either personal or property damage to any person, shall be liable in damages to the person injured regardless of the animal owner's or harborer's lack of scienter of the vicious or dangerous propensities of the animal.

(b) The owner or harborer of an animal which is known by its species or nature to be dangerous, wild, or vicious, if the animal proximately causes either personal or property damage to any person, shall be absolutely liable for such damage. [L 1980, c 218, §2]

(a) As used in this section:

(1) "Premises" includes any building or portion thereof or any real property owned, leased, or occupied by the owner or harborer of an animal.

(b) Notwithstanding sections 663-1 and 663-9, any owner or harborer of an animal shall not be liable for any civil damages resulting from actions of the animal occurring in or upon the premises of the owner or harborer where the person suffering either personal or property damage as a proximate result of the actions of the animal is found by the trier of fact intentionally or knowingly to have entered or remained in or upon such premises unlawfully.

(c) Notwithstanding sections 663-1 and 663-9, any owner or harborer of an animal shall not be liable for any civil damages resulting from actions of the animal where the trier of fact finds that:

(1) The animal caused such damage as a proximate result of being teased, tormented, or otherwise abused without the negligence, direction, or involvement of the owner or harborer; or

In Hubbell v Iseke, 727 P2d 1131, 6 Haw. App. 485 (Haw.App. 1986), the Hawaii Court of Appeals held that section 663-9 does not establish strict liability for canine-inflicted injuries, but merely clarifies that a victim who bases his case on negligence does not have to prove scienter (i.e., knowledge of the dangerousness or viciousness of a dog). Section 663-9 has been interpreted to mean that one can prove negligence without having to prove scienter. In other words, the statute clarifies that knowledge of the dog's viciousness does not have to be proved as long as the dog owner's conduct is shown to be unreasonable.

If the dog's owner or harborer was aware that the dog was vicious, the dog bite victim in Hawaii can base his claim on the doctrine of scienter. For more information about scienter, see The One Bite Rule.

Negligence and negligence per se for violating a law 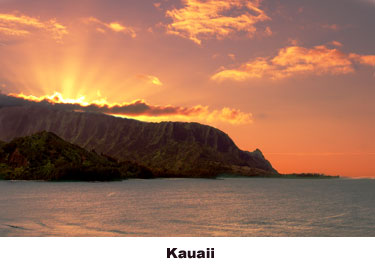 This state also permits a dog bite victim to recover compensation on the ground of negligence. Negligence is the lack of ordinary care; that is, the absence of the kind of care a reasonably prudent and careful person would exercise in similar circumstances. If a person's conduct in a given circumstance doesn't measure up to the conduct of an ordinarily prudent and careful person, then that person is negligent. For example, letting a stray dog into a day care center is negligence. See Negligence.

1. A duty or obligation, recognized by the law, requiring the defendant to conform to a certain standard of conduct, for the protection of others against unreasonable risks;

2. A failure on the defendant's part to conform to the standard required: a breach of the duty;

3. A reasonably close causal connection between the conduct and the resulting injury; and,

4. Actual loss or damage resulting to the interests of another.

The violation of an animal control law in Hawaii can result in liability on the part of the violator, whether or not he owns the dog. States, counties and cities often have laws requiring dogs to be on leash, or prohibiting them from being at large or from trespassing. The violation is considered to be evidence of negligence. "T]he neglect of duty imposed by the ordinance is evidence of negligence sufficient to require the question of negligence to be submitted to the jury." Young v. Hon. C. D. Co. (Haw. 1936) 34 Haw. 426, 450.)

For example, Kauai has the following leash law:

When used in this Article, the following words and phrases shall have the meaning given in this Section unless it shall be apparent from the context that a different meaning is intended:

“At large” means:
(1) On the premises of a person other than the owner of the dog without consent of an occupant of such premises; or
(2) On a public street, on public or private school grounds, or in any other public place, except when under the control of the owner by leash, cord, chain or other similar means of physical restraint, provided that such leash, cord, chain or other means is not more than eight (8) feet in length.

“Owner” means every person owning, harboring or keeping a dog or having custody thereof.

“Stray” or “stray dog” means any dog at large.

Sec. 22-2.3 Strays Prohibited.
It shall be unlawful for the owner of any dog, whether the dog is licensed or not, to permit or cause the dog to become a stray.

Hawaii lawmakers are now considering a new law, SB 189. This bill is not about strict liability, contains inaccurate information, is poorly written, and will not give Hawaiians the protection they deserve. There is a better alternative.

"Strict liability" means civil liability for the payment of compensation to the victim. This bill has nothing to do with strict liability for dog attacks. It does not affect Hawaii’s high court decision which ruled that the existing dog bite statute of Hawaii requires proving the elements of the traditional one bite rule devised in England in the 17th century. If this bill is enacted, Hawaii would remain a one bite state saluting the flag of England like one-third of American states -- the other two-thirds have adopted strict liability laws or in some cases laws which significantly modify the traditional, outdate, inappropriate, un-American one bite rule.

This bill changes the threshold requirement for a proceeding against the dog itself as opposed to its owner. The bill says that a person can bring a dog to the attention of a court if the dog bit one person as opposed to two people. The court then can decide the fate of the dog, including whether it should be put down or confined differently like in a cage. Attorney Kenneth M. Phillips of dogbitelaw.com refers to these statutes as "private animal control laws" because they enable a member of the public to initiate governmental action against bad dogs.

This bill contains a shocking error that underscores how thoughtlessly it was drafted. It is not true that "an average of over 4.6 million people in the United States each year are admitted into the emergency department as a result of a dog bite." The actual number is around 350,000. It is an irrelevant statistic because lawmakers in Hawaii should be concerned only with the number of dog bite victims in Hawaii who are sent to the emergency departments as opposed to the number of people in all 50 states.

This error in drafting the bill is noteworthy because Hawaii lawmakers seem to be on the verge of repeating history in a bad way. They made a terrible mistake in 1980 when they passed their current dog bite statute (section 663-9). Although it obviously was intended to establish strict liability, its unnecessary wordiness gave the Hawaii Supreme Court reason to say that the law was intended to simply clarify the doctrine of general negligence as it applied to dog attacks. Thus, section 663-9 did not end up establishing strict liability, and this new bill won't either.

This bill takes aim at bad dogs and gives people the right to go to court to have a bad dog "sentenced" but it costs a lot of money to hire a lawyer to navigate the legal system and this law therefore will only be used by wealthy individuals or others who will be forced to sacrifice a great deal. "Private animal control laws" are great but they do not provide a full cup of justice for dog bite victims because they don't provide a penny of compensation. Hawaii lawmakers should adopt the Model Dog Bite Statute which is drafted quite clearly and will provide the financial remedy against dangerous dogs and their irresponsible owners which dog bite victims in Hawaii deserve.