Vermont is a one-bite state. 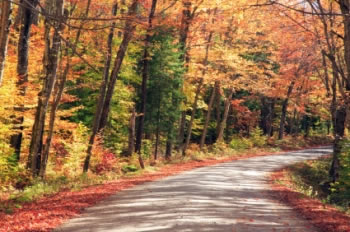 In Vermont a dog bite victim has to prove that the injuries resulted from negligence. Making matters worse, Vermont courts have conflated the negligence cause of action with the one bite rule (the scienter cause of action), requiring the victim to prove that the dog owner knew or should have known that his dog presented the danger of biting or causing injury in another manner.

Vermont adheres to the ancient and inhumane "one bite" rule. In this state, as in old England and a minority of other American states, every dog gets "one free bite" -- one free mauling or killing of a human being. As was stated in Hillier v. Noble, 142 Vt. 552 (VT 1983):

The general rule is that "the keeper of a domestic dog is not liable for injuries to persons and property unless the owner had some reason to know the animal was a probable source of danger." Davis v. Bedell, 123 Vt. 441, 442-43, 194 A.2d 67, 68 (1963). Stated another way, liability attaches only when "the dog's past behavior has been such as to require a person of reasonable prudence to foresee harm to the person or property of others." Id.

As stated above, Vermont has conflated the negligence and scienter causes of action. In Carr v. Case, 135 Vt. 524 (VT 1977), the state's highest court declared:

Because the victim's cause of action is based in negligence, the plaintiff's recovery is reduced in proportion to his degree of fault. Carr v. Case, supra. Vermont is a comparative negligence state, despite the reference to "contributory negligence" in its apportionment of liability statute. 12 Vermont Statutes Ann., section 1036 (Comparative Negligence).

For details about the one bite rule and the victim's rights under it, see The One Bite Rule and also Legal Rights of Dog Bite Victims in the USA. A short summary of the victim's rights is that, even for the first bite, there is a good chance that he can hold the dog owner liable for being negligent or breaking a law, such as a leash law, or for intentional conduct that causes the dog to bite. These are usual grounds for dog owner liability (as well as the liability of keepers and harborers of a dog), but the Vermont cases have not specifically addressed these causes of action in dog bite cases.

Vermont dog bite law needs to be changed because the one bite rule is not fair to dog bite victims, encourages dog owners to be irresponsible, and is out of line with modern American beliefs about personal responsibility. The arguments for revision of the law can be read at The One Bite Rule and you can watch Attorney Kenneth Phillips testifying in favor of abolishing the rule.

Just about all the documents a plaintiff's attorney will need, for less than the cost of typing them. Complaint, interrogatories, document production requests, admissions, witness list, petition for approval of minor's compromise (structured settlement), order approving minor's compromise, and Kenneth Phillips' 50-page deposition outline that covers every issue that can arise in a dog bite case. Save hours of work with the Dog Bite Lawsuit Forms for Plaintiffs' Lawyers. Good throughout the USA. Download and use today.