Should Parents Get a Lawyer for Their Injured Child?

When a child is injured, parents wonder whether they need a lawyer, whether their child might end up with more money if his parents handle his claim, and whether important relationships will get destroyed by using an attorney. You will find the answers here and in "Parent to Parent - An Open Letter About Using a Lawyer for Your Child" 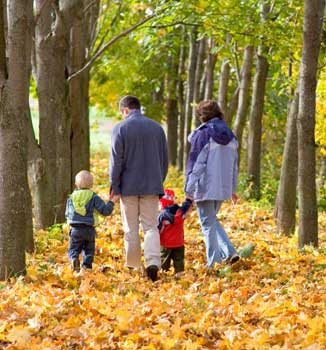 There are many good reasons to hire a lawyer to handle a child's dog bite claim.

An insurance adjuster will offer a parent 10% to 20% of what he would offer if the child had an attorney. The insurer itself will end up keeping the other 80% to 90%. Since a lawyer works on a contingency basis and takes only 25% to 33% (depending on where the accident happened), a child who has an attorney therefore will receive 66% to 75% -- far more than the 10% to 20% that his parents could get him.

A parent who attempts to pursue a dog bite claim places himself or herself in the position of the prosecutor. That arouses resentment unnecessarily. This is exacerbated by the fact that the parent-prosecutor doesn't know the right things to say in order to get the claim settled efficiently. All too often, they make accusations that are unnecessary under the law. A parent who retains a lawyer can always comment, "it was the attorney who said that, not me." Criticism can be deflected easily. Having a lawyer handle this legal matter is therefore more efficient and less stressful, in addition to posing no financial risk.

A lawyer for an injured child does not confront the dog owners, make them feel guilty, put them in a bad light, harass them, write threatening letters to them, embarrass them, foreclose on their home, drive them into bankruptcy, or have their dogs euthanized. At least, not unless one or more of those things is absolutely necessary, and never without the permission of the child's parents. If the parents want their lawyer to behave in a gentle manner, then the case will be handled as the parents instruct. (To read what an actual parent had to say about how his son's claim was handled, click here.)

When the claim has been paid, the dog owners will realize that it was their insurance company that did all the work and paid all the money. Any of their initial anger will be gone. They will agree that the parents of the child were simply trying to do their best by hiring an attorney -- not trying to hurt anyone.

Getting a lawyer is not the same thing as suing. A good attorney knows how to present a case to an insurance company so that the claim gets resolved without it going to court. When the victim is a child, at least 98% of the cases settle out of court, without a trial. Therefore a parent who retains an attorney is not making matters worse, but actually is probably ensuring that the claim will be handled more quickly and efficiently.

An attorney is the only person who can evaluate a claim on behalf of a victim. People do not publish photos of their children with dollar amounts of their settlements. Therefore parents will not be able to find a free and reliable source of information as to how much money their child deserves. Attorneys without experience have a rough time settling cases; parents who are not lawyers must simply guess.

Parents who do not retain a lawyer will never know whether they settled the case for the fair amount, or structured the settlement properly. If it turns out that they didn't, their only explanation to their injured children will be "I didn't know any better."

A lawyer uses his own money to get official, reliable copies of medical evidence and billings, engage a photographer to take photos of the victim, hire a private investigator to learn the history of the attacking dog, and retain a nurse consultant to review and summarize all of the medical evidence. This usually costs between $1000 and $2000 for every claim. Parents are not asked to pay "up front" for any of these expenditures (except in several states that do not allow lawyers to do this on a contingency basis). There is no reason for parents to use their own money for this purpose, especially because they frequently have already lost time from work because their children need attention after the accident.

If the child's medical bills are paid by health insurance or public assistance, there will be third party claims against the settlement. If those claims go directly to the insurance company for the dog owner, it will pay your child's money to those third parties, no questions asked. Lawyers who represent accident victims, however, render an additional service to their clients by negotiating with the third parties. Furthermore, there are laws that say that insurance companies and government agencies are not allowed to collect from injured people under certain circumstances. Parents do not know how to deal with these third party claims; experienced attorneys do.

Retaining a lawyer early in the process enables the insurance company to make a better estimate of the amount of compensation that the child must receive. Experienced attorneys can offer guides and key evidence to the insurance adjuster; parents do not know what information to give, or even where to locate it. If a proper evaluation is done soon after the accident, the claim is that much easier to settle. An inexperienced lawyer or parent runs the clear risk of passing along the wrong information and insufficient evidence, thus making the process longer, error-prone and more difficult.

Any significant settlement has to be placed into either a blocked bank account or a structured settlement funded by an annuity. Insurance companies routinely offer annuities that permit them to skim part of the child's compensation off the top, through practices known as "rebating" and kickbacks. An experienced lawyer will use an annuity that is carefully selected for the maximum return, without permitting the insurance company to profit at the expense of the child.

When the claim is settled, there is a court appearance to obtain judicial approval. Parents who act as their kids' lawyers go unrepresented to this hearing, while the insurance company sends a lawyer. This means that there is nobody to advise the parents when questions arise at the court hearing. This is unfair to the child and very stressful for the parents.

Sometimes a parent is also entitled to compensation as a result of what happened to his or her child. Most people find it difficult to assert their own rights when they are fighting for the rights of their kids. Having a lawyer will enable these mothers and fathers to get what they deserve, too.

To read an actual case history of a child's claim, written by a parent for other parents, see Parent to Parent - An Open Letter About Using a Lawyer for Your Child.