A dog bite victim in Minnesota can recover compensation under a special statute and the doctrines of negligence, negligence per se, scienter, and intentional tort. 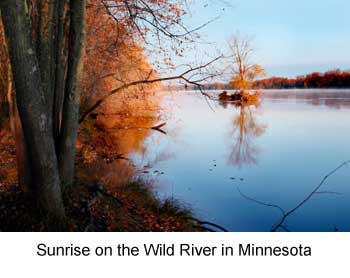 The Minnesota dog bite law is one of the most favorable to dog bite victims. It covers bites and other injuries, applies not only to the owner of the attacking dog but also the person who harbors or keeps the dog, and is not subject to the defense of comparative negligence. To learn more about these topics generally in the field of dog bite law, see Legal Rights of Dog Bite Victims in the USA.

The Minnesota dog bite statute is as follows:

If a dog, without provocation, attacks or injures any person who is acting peaceably in any place where the person may lawfully be, the owner of the dog is liable in damages to the person so attacked or injured to the full amount of the injury sustained.  The term "owner" includes any person harboring or keeping a dog but the owner shall be primarily liable.  The term "dog" includes both male and female of the canine species.

Minnesota courts have applied the statute in a manner most favorable to dog bite victims. It has been interpreted as an absolute, strict liability statute. Comparative fault is not permitted as a defense. Seim v. Garavalia (Minn. 1981), 306 N.W.2d 806, 810; Lewellin v. Huber, 465 N.W.2d 62 (MI 1991). As the court stated in Lewellin:

[L]iability is absolute. It makes no difference that the dog owner may have used reasonable care; negligence is beside the point. Past good behavior of the dog is irrelevant. Neither the common law affirmative defenses nor statutory comparative fault are available to the defendant dog owner. (The owner does, however, have the defenses of provocation and failure of the injured person to conduct himself peacefully while in a lawful place.) Whoever keeps or harbors the dog is subject to the statutory liability for the "full amount of the injury," and the dog's owner remains at all times primarily liable.

The use of the phrase "attacks or injures" in the Minnesota dog bite statute raised an interesting issue in Lewellin v. Huber, 465 N.W.2d 62 (MI 1991). A dog was loose inside a car, and wanted to get into the front seat. The driver was distracted, lost control of her vehicle, and it ran over a child who was laying in a ditch beside the road. The driver was also the dog owner. The family of the child brought a claim against the driver based upon the dog bite statute. The legal question was whether the dog bite statute applied, the focus being the law's use of the words "attack and injure." Construing just the word "attack," the court stated, "[w]hen a dog attacks, it bites; when it bites a person, it attacks." Lewellin v. Huber, 465 N.W.2d 62 (MI 1991). The court reasoned that, "[t]hough there may be causation in fact here, this chain of events is too attenuated to constitute legal causation for the radical kind of liability that the statute imposes." The court held that there was insufficient causation to impose strict liability under the dog bite statute, but that the victim's family was free to assert a negligence claim against the driver of the car.

Provocation is the owner's defense to liability. Grams v. Howard's O.K. Hardware Co., 446 N.W.2d 687, 689 (Minn. App. 1989), pet. for rev. denied (Minn. Dec. 15, 1989). Whether the dog was provoked is an issue of fact. Bailey v. Morris, 323 N.W.2d 785, 787 (Minn. 1982). In Grams, a 22-month-old child was bitten by a dog having hip displasia, a painful hip condition which is undetectable without seeing the dog walk. The child had petted the dog without incident, but later the same day, the child was bitten when she placed her arms around the dog's neck. The court of appeals held that provocation did not exist as a matter of law upon finding: (1) the owner knew the dog was in pain; (2) the pain was not apparent to observers; (3) the child was only 22 months old and there was no evidence indicating the child appreciated the danger in approaching the dog; and (4) there was no evidence demonstrating the child's act was anything other than inadvertent. The opposite conclusion was reached, and provocation was properly decided by the jury, where the dog was healthy, the child 4 years old, and the child tried to sit on the dog while it was sleeping. Erickson v. Delano, 458 N.W.2d 172 (MI Ct. of App., 1990).

The state supreme court issued an interesting ruling in September 2011 which pertains to provocation and the doctrine of assumption of the risk. In Engquist v. Loyas, the court held that under section 347.22, "provocation" is voluntary conduct by the plaintiff-victim that exposes him to a risk of harm from the dog, where he had knowledge of the risk. This is not exactly "provocation" in the broader context of dog bite law; it actually is the doctrine of assumption of the risk. It previously had been ruled in this state that assumption of the risk was a defense under the strict liability statute. Carlson v. Friday, 694 N.W.2d 828 (Minn.App. 2005). The real harm of the Engquist decision, however, is that it leaves out the normally essential element of justfiable self-defense on the part of the dog. For more about provocation, see Why Dogs Bite People.

Negligence is the lack of ordinary care; that is, the absence of the kind of care a reasonably prudent and careful person would exercise in similar circumstances. If a person's conduct in a given circumstance doesn't measure up to the conduct of an ordinarily prudent and careful person, then that person is negligent. For example, letting a stray dog into a day care center is negligence. See Negligence.

Therefore the dog bite victim in this state has to satisfy more requirements than victims who are negligently injured by other means. For example, if a dog owner brought his pit bull to a day care center, and the dog mauled a toddler, the dog owner would have no liability at all unless it could be proved that the dog had demonstrated the specific dangerous propensity to bite people. The sheer stupidity and recklessness of bringing the dog there in the first place would not be enough to make the dog owner liable in this state.

Assumption of the risk

Assumption of the risk is a defense under the statute. It has been held that a dog groomer, who voluntarily accepts temporary responsibility for care of a dog and exhibits basic attributes of ownership, is the keeper of the dog for purposes of secondary ownership under Minn. Stat. section 347.22 (2004), the dog-bite statute, and therefore cannot recover. Carlson v. Friday, 694 N.W.2d 828 (Minn.App. 2005).