Return to your topic: Structured settlements in dog bite cases 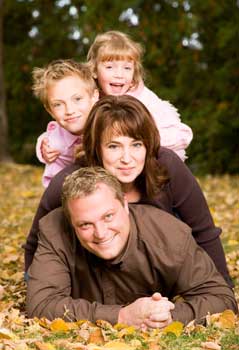 Until the mid-1900s, the monetary part of a injured child's settlement usually was paid to his parents in a single lump sum. This exposed the settlement funds to unnecessary purchases, bad investments, and loss through fraud. All too often, the injured child's parents spent his net settlement money on luxuries benefiting the parents, leaving the child with nothing.

As a result of those abuses, the courts and legislatures of all states enacted laws which prevent parents from accessing their children's net settlement money. For example, the California Probate Code provides as follows:

The legislation consisted of changes to the Internal Revenue Code. These new laws created a tax shelter for accident victims. Specifically, accepting installment payments made the interest earned on the settlement funds entirely tax-free. As long as the structured settlement was properly set up, and the settlement money was invested in the prescribed manner, the initial money would grow and no tax would have to be paid on that growth.

This was, and remains, a dramatic benefit for victims --

Therefore, a "structured settlement" is a method of resolving a claim by paying some portion of the victim's net settlement money at one or more dates in the future, making both the principal and interest exempt from federal tax.

"Net settlement" refers to the portion of the settlement that remains after deducting the attorney fee, costs of presenting the claim to the insurance company, litigation costs if any, balances due to health care providers and other third parties who rendered services related to the accident, reimbursement of the victim's health insurance if required, and reimbursement of government benefits such as Medicaid. For details, see Determining the net settlement.

The net settlement often is divided into two portions. One portion is deposited into a federally insured deposit account, usually at a bank. The other is expended on an annuity which provides a stream of payments to the child after he attains the age of majority.

Funds are placed on deposit to pay for accident-related services including, for example, cosmetic medical procedures to improve the appearance of the child's scars. If no such treatment is anticipated, then no funds are placed on deposit. The funds on deposit are "blocked," meaning that they cannot be released without the approval of the court. Upon attaining the age of majority, the balance of the account can be withdrawn by the victim and spent any way he pleases.

An "annuity" is a contract by which the annuity issuer agrees, in exchange for a premium, to make periodic payments to the purchaser or beneficiary of the annuity. The annuity issuer usually is a life insurance company. The type of annuity used for structured settlements is usually a single-premium, fixed annuity (i.e., the "single premium" is the portion of the net settlement that pays for the annuity, and "fixed" means that the payments will not go up or down). To learn more about annuities generally (not applicable to settlements), see SafeTnet - Annuity Basics.

The annuity payments begin at the age of majority and usually cease not later than age 30. These payments might cover college tuition, a down payment on a house, and yearly living expenses for some period of time. Like the money in the blocked account, the payments are transmitted to the victim and can be expended on anything he pleases. Unlike the money from the blocked account, however, the victim cannot receive all the payments at once, giving time for reflection upon, and hopefully preventing, unnecessary purchases, unwise investments, and outright fraud.

Parents frequently request an annuity payout schedule that will pay their child's college costs, among other things. Such expenses can be estimated with the College Cost Calculator or the College Cost Projector. To maximize the total funds paid through the annuity, the following principles apply:

A structured settlement can be defined in several different ways. On Dog Bite Law (www.dogbitelaw.com) the focus is on structured settlements for children who were attacked by a dog, leaving them scarred but not disabled. If the victim is disabled, the structured settlement should provide for payments in accordance with a life care plan. Such a plan also might include a Special Needs Trust. A supplemental care special needs trust will preserve the victim's eligibility for government assistance, with the trust providing for non basic needs and quality of life enhancements. For a broader, more detailed definition of "structured settlement," as well as a detailed discussion of its history and features, see Quick Overview: Structured Settlements. Keep in mind, however, that it involves many different types of structured settlements rather than those which are common in dog bite cases.