Return to your topic: The monetary value of a dog

The Value of a Dog: a Case Study 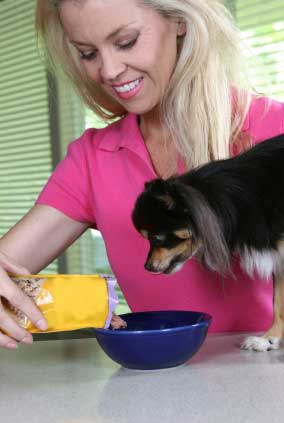 The traditional measure of the value of a dog is the cost of replacing the dog. The replacement cost of a dog, however, can be miniscule when compared to the amount of money it would take to take away the emotional pain suffered by the dog's owner, if the dog is injured or killed. The American civil justice system awards money for pain, suffering, fear and other experiences or conditions that occur when a person's rights are violated. When the rights of a dog owner are violated by reason of a wrongful injury to his dog (or the wrongful death of his dog), the system is woefully inadequate, according to many people. (For further information and help with proving the value of a dog's life, see When a Dog Is Injured Or Killed.)

From time to time, a case arises that illustrates everything that needs changing in our laws. When it comes to the value of a dog, such a case came into the news in March 2007. That month, the U.S. Food and Drug Administration learned that certain pet foods were sickening and killing cats and dogs. The FDA found contaminants in vegetable proteins imported into the United States from China and used as ingredients in pet food. As a result of FDA and USDA's comprehensive investigation, on February 6, 2008 two Chinese nationals and the businesses they operated, along with a U.S. company and its president and chief executive officer, were indicted by a federal grand jury for their roles in a scheme to import products purported to be wheat gluten into the United States that were contaminated with melamine. (See Melamine Pet Food Recall of 2007 at the FDA website.) The incident raised questions and illustrated important issues pertaining to the ownership of dogs and other pets.

Valuing pets as an item of property

One of the issues raised by the melamine pet food recall is whether the owners of pets should be entitled to collect compensation for all, or just some, of their losses. Clearly, the suffering of a pet is not experienced only by the animal, but also by its human companions. Furthermore, its owner might spend hundreds and even thousands of dollars for veterinary treatment. Putting aside humanitarian reasons, public policy demands that we keep our dogs healthy, because it has been shown that ill health and bad care are associated with dog attacks upon people (see Why Dogs Bite People).

So who should bear the losses and the bills when our dogs and cats are wrongfully injured or killed? Should it be the pet owners or those who caused the suffering, which in this case included corporations that imported the tainted ingredients and sold the harmful products?

Amazingly, the law puts almost the entire burden on the pet owners. Nearly all states apply the centuries-old rule that domestic animals such as dogs and cats are valued simply as property. When property is damaged or destroyed, the owner is generally entitled to collect only its fair market value or replacement cost. Under this logic, a pet owner can collect no more than what it would cost to get a used dog or cat! If the vet bill is thousands, the owner's reimbursement might be limited to twenty, fifty or a hundred dollars. That's not all: the violation of the owner's right to be free of emotional suffering, to go about his daily occupation without taking time off to deal with a sick animal, is considered to be a wrong without a remedy.

Many believe that the property measure of damages is unjust because it forces an innocent party to bear the losses caused by a wrongdoer. Remember that corporations have insurance policies that cover damages resulting from defective products. Since the cost of the pet food is a bit higher because of this insurance, and all or most of this cost is passed through to pet owners, it appears unfair to deprive them of an adequate remedy, which they certainly are paying for. Furthermore, the method used for pet injuries is at odds with American beliefs about allocating damages in other situations. Generally we have well-honed rules that carefully allocate losses based on comparative responsibility for wrongs. For no apparent reason, little of this fine-tuning is evident when the rights of pet owners are involved.

Fortunately, many courts have fashioned a new rule of damages for cases involving pet injuries. The hybrid rule says that defendants are liable for the full cost of veterinary care, limited only by common sense but not by the replacement cost of the animal. This does not extend, however, to the owner's emotional distress or other intangible losses and damages. Therefore, full damages are not awarded under this approach, which can be referred to as a "hybrid rule" because it is a combination of ancient and modern principles.

There are good reasons to award full damages for the wrongful injury to or death of a pet. For one thing, the lack of testing of, care of and attention to pet food might have been caused by a belief that there was little to lose if any dogs or cats suffered as a result of ingesting the contaminated food. After Ralph Nader's book entitled "Unsafe at Any Speed," the public understood that corporations which produce products for widespread consumption or use consider a few injuries or a even a few deaths to be insignificant, and not worthy of preventing, as long as they do not cost the corporation too much money. One of the reasons why the law allows punitive damages against corporations under some circumstances is to "raise the stakes" and thereby provide an incentive to reduce injuries and deaths resulting from improperly designed or poorly manufactured products.

Another reason to award full damages is the reality that the losses stemming from injury or death of the pet go far beyond the price tag on the animal. Our dogs and cats provide a host of emotional benefits that are lost when they are injured or killed. For that reason, some states have ruled that owners can collect compensation for emotional distress, loss of companionship, mental anguish, sentimental damages, and loss of quality-of-life if a pet is injured or killed as result of the wrongful conduct of a third party. The damages in such a case cover the same scope as when a person is injured or killed -- the difference of course would be the amount of damages awardable. When full damages can be collected, there is a greater benefit to pursuing a claim for compensation, which can lead to more diligence on the part of the manufacturers and sellers of these products. To learn how to put together the necessary evidence, see Attorney Kenneth Phillips' book, When a Dog Is Injured Or Killed.

Many believe that in this area, the law is not going far enough to protect pet owners and, by implication, pets themselves. Several states have passed laws that provide greater damages for the loss of a dog or cat. For example, Tennessee allows compensation for intangible injuries buts limits the amount. The courts of a number of states, such as Florida, have declared that full compensation for emotional distress can be awarded to an injured pet's owner. In LaPorte v. Associated Independents, Inc., 163 So. 2d 267, 1 A.L.R.3d 992 (Fla. 1964), a dog was killed and the owner sued for mental distress. The Supreme Court of Florida rejected the fair market value approach, holding that the owner should receive compensation for the sentimental value of the dog:

"[T]he court feels that the affection of a master for his or her dog is a very real thing and that the malicious destruction of the pet provides an element of damage for which the owner should recover, irrespective of the value of the animal because of its special training, such as a Seeing Eye dog or a sheepdog."

However, because the majority of jurisdictions continue to adhere to the traditional, outmoded approach, modernization of the law will require legislative action.

Some believe that the law should not regard pets as property, but as companions with rights of their own. The organization called In Defense of Animals advocates, among other things, replacing the word "pet" with "animal companion" or "animal friend." San Francisco, CA, has a law that officially recognizes "pet guardians" as opposed to "pet owners." Similar laws are on the books in San Diego, CA, Berkeley, CA, and in the state of Rhode Island. The rationalle is essentially that if animals are regarded legally as property only, they cannot be treated inhumanely. As an example, consider any other item of property -- say, a table or a chair -- and ask whether your family has treated it "humanely."

While the question sounds absurd, the law has reached some absolutely absurd conclusions by thinking of animals as property. On March 7, 1997, three youths broke into the Noah's Ark Shelter in Fairfield, Iowa. They used baseball bats to kill 17 cats and maim others for life. Because these were "stray cats," their low monetary value triggered misdemeanor charges instead of felonies. This is but one reason why some believe that animals should not be considered as property.

There are both good reasons in bad reasons for treating our companion animals as property. As long as they are regarded as property, it is clear that only their owners can make decisions such as how to treat them, what to feed them, how to care for them, and whether they should be put down. On the other hand, if they are nothing more than property, then their owners cannot collect compensation for all losses and damages when their pets are injured or killed.

Rather than convert our dogs and cats into some new and uncharted legal category, perhaps a better approach would be to enact modern laws that address specific inequities, such as humane treatment of animals, and proper compensation for losses.

Solid proof is expensive and time-consuming to obtain. It usually requires the expert testimony of a psychologist or psychiatrist who treated the parent, testimony from witnesses such as coworkers and neighbors who can say how much the affected person changed after the incident, and proof of the costs expended for counseling and medications.

In the cold atmosphere of the courtroom, it is difficult for such a claim to overcome the skepticism that it naturally inspires. Just as this happens in cases of injury to people, it certainly will be a problem in any claim based on injury or death of a pet.

If the courts were to hold that the loss of or injury to a pet causes a recognizable injury to the owner, the next question to be asked is how many people in a household would be entitled to make claims for compensation. One pet could be be the beloved companion of two family members, or five or ten family members. How many of them would be able to make claims? The law has answered this question in cases of emotional distress stemming from injury to or death of a person. Different states have different rules, and all of them are restrictive, but do provide for compensation under certain circumstances. This is another legal issue that has not been decided when it comes to pets.

See When a Dog Is Injured Or Killed, a legal self-help book for dog owners, by Attorney Kenneth M. Phillips, the author of dogbitelaw.com. It has helped thousands of owners determine who is liable for their companion's injuries or death, to obtain reimbursement for the veterinary costs, and achieve justice for them as well as their dog. This is an interactive book that runs on a computer, and is available only on this website.