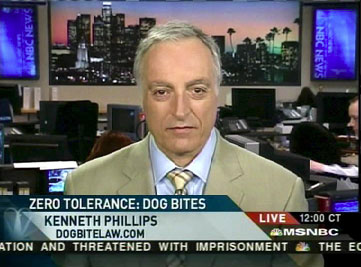 It has been accepted that dog bites have become too frequent and too violent to be ignored. The statistics support the view, first articulated by Attorney Kenneth Phillips in 1999, that there exists a "dog bite epidemic" in the United States. There are differences of opinion, however, as to which dogs are too dangerous, with some members of the public even refusing to accept that there is any such thing as a "dangerous dog."

The most recent USA survey of dog bites conducted by CDC researchers concluded that in 2001, 2002 and 2003 there were 4.5 million American dog bite victims per year (1.5% of the entire population). (Sacks JJ, Kresnow M. Dog bites: still a problem? Injury Prevention 2008 Oct;14(5):296-301.) Since that time, there is evidence that the number of bites has grown faster than the number of dogs. (See Statistics.)

For example, in the 1980s and 1990s there were about 17 fatalities in the USA per year, but the years 2006 through 2010 saw more than 30 per year, and in 2015 there were 43. Pit bulls are responsible for most fatal attacks upon humans (referred to as "canine homicides"). The pit bull has emerged as the most risky and vicious of all canines. A study conducted by physicians consisted of a review of 82 dog bite cases at a level 1 trauma center. The researchers concluded that attacks by pit bulls are associated with higher morbidity rates, higher hospital charges, and a higher risk of death than are attacks by other breeds of dogs. (Bini, John K. MD; Cohn, Stephen M. MD; Acosta, Shirley M. RN, BSN; McFarland, Marilyn J. RN, MS; Muir, Mark T. MD; Michalek, Joel E. PhD; for the TRISAT Clinical Trials Group, Mortality, Mauling, and Maiming by Vicious Dogs, Annals of Surgery (April 2011, Vol. 253, Issue 4, pp. 791–797).)

The website DogsBite.org is a thorough, up-to-date source of news and opinion about bite cases and death cases involving dogs. It's 3-year study of such incidents concluded that from 2006 to 2008, pit bull type dogs killed 52 Americans and accounted for 59% of all fatal attacks, and that pit bulls and rottweilers (combined) accounted for 73% of these deaths.

The foregoing studies establish that pit bulls and Rottweilers clearly are dangerous if judged by the damage that they inflict when they attack people. (Footnote 1.) The courts have confirmed that pit bulls are inherently dangerous, although the legal result of having a dangerous dog is inconsistent from case to case and state to state. Many state legislatures have issued declarations that establish there is a dog bite epidemic but have not put the responsibility on any one breed. (Footnote 2.) Because of the perception that pit bulls are inherently dangerous, many Americans are of the opinion that this breed needs to be eliminated. That also has been the view of many segments of industry and other nations. The insurance industry and airline industry have attempted to exclude pit bulls and several other breeds because of their potential for harm, and a number of European nations have banned certain breeds of dog. (See Breed Specific Laws.) There are many who even have begun to fear that dogs generally may someday be judged unfit to be our companions.

Many believe that we should not talk about a dog as being dangerous, but rather the owner being dangerous. Others say that no breed is inherently dangerous, and that we should regard a dog as dangerous only if it has behaved in a dangerous manner. Many strongly resist any proposed solution that would involve any distinction whatsoever among the breeds. The approach advocated by Attorney Kenneth Phillips and most experts is multi-focal, in recognition of the fact that there are many causes of the dog bite epidemic, requiring many corrective measures. (See Preventing Dog Bites.)